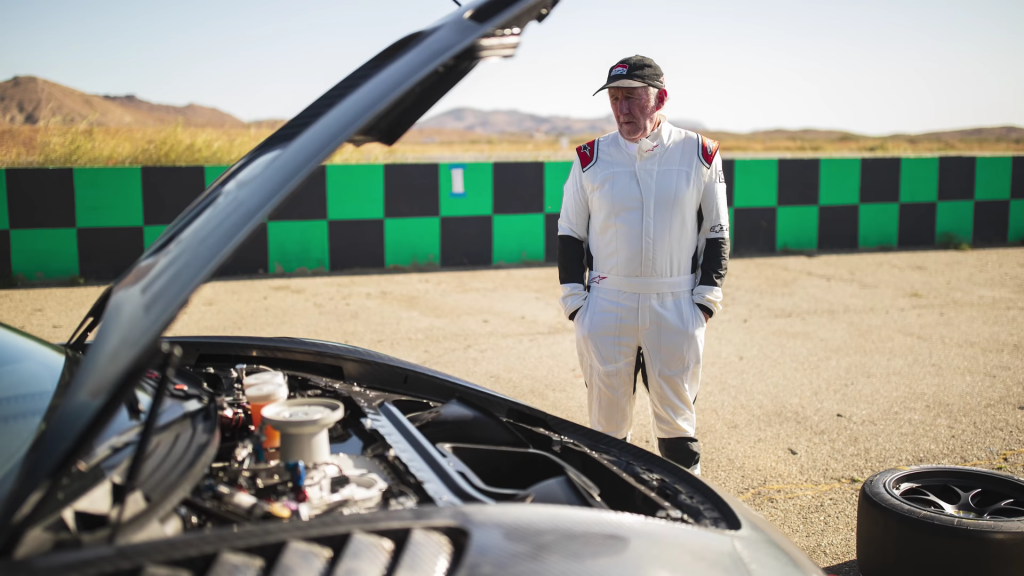 Though the bends at Willow Springs don’t remotely resemble the 146 corners on the way to the top of Pikes Peak, it’s where famed photographer, director, and racer Jeff Zwart started scrubbing tires for the hillclimb. He’s competed at Pikes Peak over the last two decades in a variety of cars including a 997 GT2 RS and a turbocharged 997 GT3 Cup, and this year he’s bringing one of the seventy-seven Porsche 935s to Race to the Clouds. 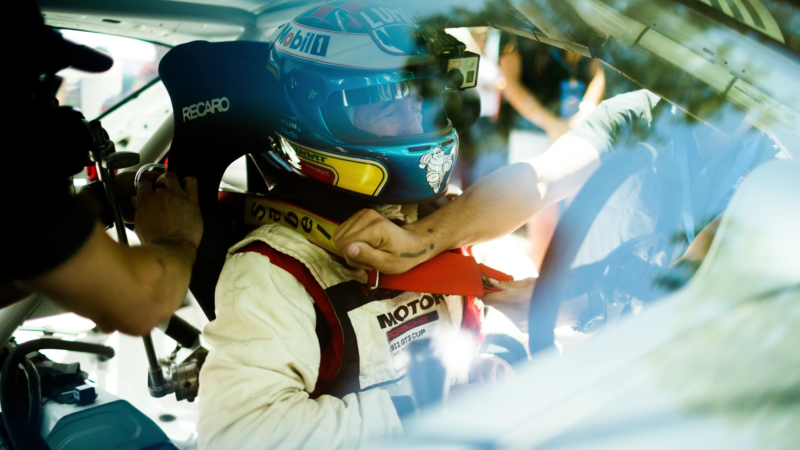 Zwart getting strapped into his race car back in 2015.

Unlike some cars with this sort of performance, the 935 is surprisingly supportive and accessible. It’s a confidence-inspiring car that leaves Zwart certain he’ll be able to extract more from it as time goes on. At the very least, this test has demonstrated that he’ll have the steering lock necessary to navigate the hairpins along the 12.42-mile Coloradoan course. 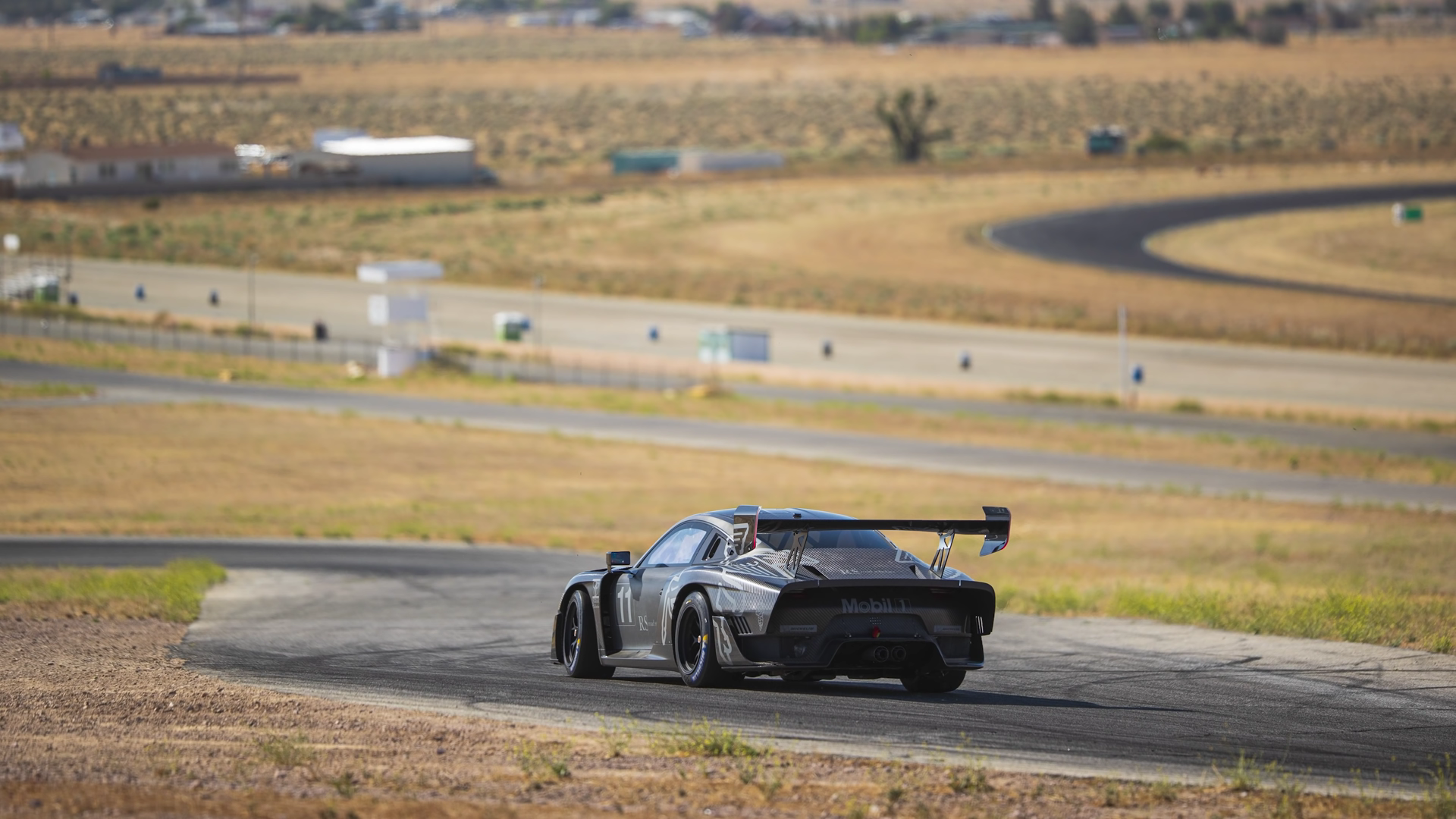 The aero kit won’t be as effective in thin air, but the turbocharged motor should keep singing strong all the way to the top.

Though the car looks menacing with the dry carbon exterior, Zwart plans on covering it in a combination of liveries: those of the Salzburg 917; the modern white, black, and red 991 RSR; and his 993 Turbo S which he took to Pikes Peak back in 2002. The scheme will be subdued, however, since anything too detailed distracts the viewer from its appealing shape.

Though it’s largely GT2 RS underneath, the exterior is all racing car with noticeable aero extensions, louvers, slits, and outrageously wide fenders without headlights. The main inspiration is Moby Dick: a car which took the formidable power of the first 935s and improved the aerodynamics with a longer, wider body for greater speed and stability at Le Mans. With so much horsepower to take advantage of during an endurance race, finding top speed was a must. 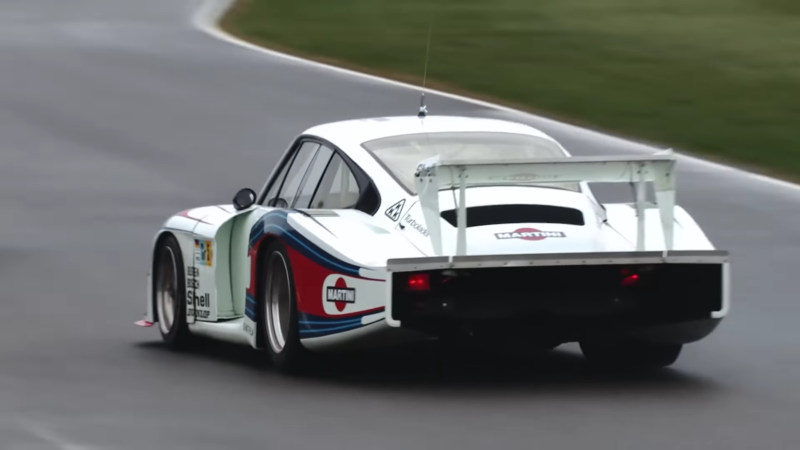 That boxed rear bodywork is thankfully mimicked on the new 935.

Inside the cockpit, there are a new features borrowed from its predecessor. The prominent boost gauge right of the main display is an antiquated piece of analog equipment in such a modern environment, but it’s just part of the charm and a nod to simpler times in racing when all that the driver could observe were the engine revs, oil temperature, water temperature, and boost pressure. 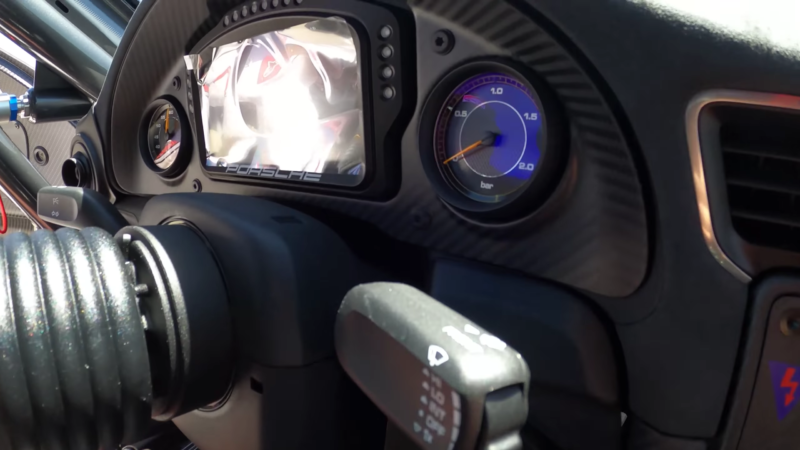 This boost gauge is almost as old-school as the bolsa wood-topped shifter beside it.

However, Zwart will still have plenty to focus on—it only takes one lock-up to tag a guardrail or a take a long tumble down the side of the 14,114′ mountain.

The post Jeff Zwart Takes his Porsche 935 to Willow Springs for some Pre-Peak Testing appeared first on FLATSIXES.