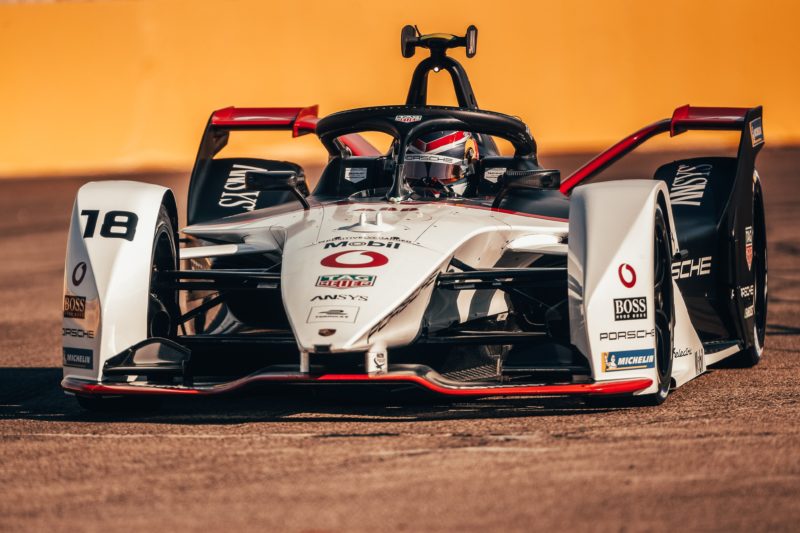 Porsche’s first season in Formula E has been a tumultuous one. In the very first round of the championship all the way back in November, André Lotterer managed to score a podium, but then followed that up with a non-points finish, a disqualification, and a retirement. Meanwhile, Porsche’s other driver Neel Jani has gone through the whole season thus far without scoring a single points-paying finish. Obviously we should not have expected Porsche to come out of the gate swinging, but we did think the season would be stronger than what we’ve seen. Then, of course, the whole series got shut down by the global coronavirus pandemic. On Wednesday the series staged its first of six races in Berlin to finish out the season.

Porsche came into the final six rounds of the FE championship with nothing to lose. All of those races will be fit into the next nine days and it’s sure to be a knock-down drag-out fight to the end. That said, it’s unlikely that either of Porsche’s drivers will win this year’s championship, and the constructor’s championship is likely out of Porsche’s reach. So, the team needs to focus on getting in track time and putting up good results. That’s why Wednesday’s E Prix was so important, a return to form for the big white 9XX Electric. 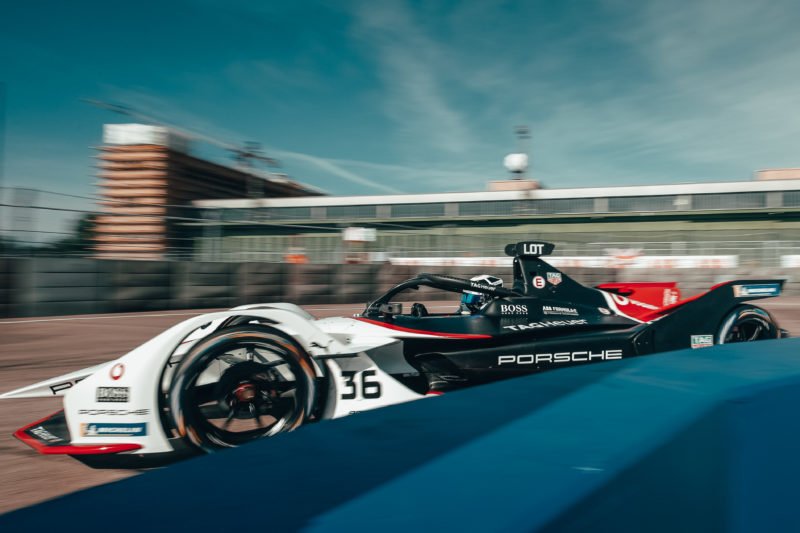 Having qualified in third for the race, Lotterer was in the catbird seat looking to score another podium for Porsche. In the opening lap Lotterer held on to his third place while the pair of DS Techeetah cars of Jean Eric Vergne and championship leader Antonio Felix da Costa tore off into the distance. The 45 minutes (plus an extra lap) race started in a very calm fashion and everyone fell into an easy pace. Following the race’s first safety car segment to pick up broken carbon fiber from Robin Frijns’ exploded front wing, Lotterer stormed out a nice gap from his car in third to the pair of Mercedes racers behind. It was the perfect time for him to dip out of the racing line to grab his first Attack Mode.

While dipping through the Attack Mode activation zone, André’s car didn’t quite hit the sensors that he needed to. This dropped him two positions without the added benefit of Attack Mode. He then played the long game and waited for the two Merecedes to take their Attack Mode and wait for it to run out. Once the Mercedes drivers were back to their normal power levels Lotterer dipped out through the activation mode the right way for an extra few kW and grabbed his third position back.

Toward the end of the E Prix series defending champion Jean Eric Vergne had to slow in order to conserve energy, and Lotterer managed to shove forward to overtake Vergne. In the shuffle for the second Attack Mode Lotterer then had to force his way by Envision Virgin driver Sam Bird. Ultimately the top four drivers crossed the line with 0.0 percent battery life left. You can’t really manage your energy any better than that.

Well done to the Porsche driver for getting the home team another Podium place. Let’s do it all again tomorrow!