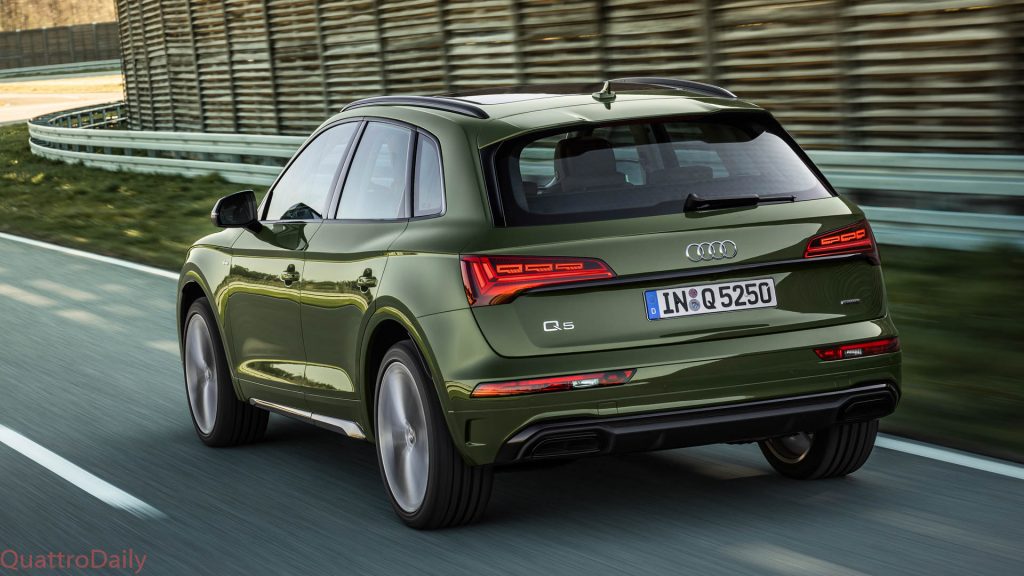 Due to the Germans’ crazy desire for coupe SUVs, there’s yet another one coming from Audi. Along with the Audi Q3 Sportback, upcoming Q4 e-tron Sportback and Q8, there will also be an Audi Q5 Sportback. We’ve already seen some spy photos of it wearing camouflage but now there are some new photos that show the car completely exposed, with no camouflage at all. (We don’t own the spy photos but they can be seen here)

What’s interesting is that Audi seems to have given the Q5 Sportback some new styling, to differentiate it from its standard sibling. For instance, rather than having the same headlights as the new Q5 facelift (see above photo), the Sportback gets ones that more resemble the Audi e-tron Sportback. I guess all the Sportbacks have to stick together.

It even gets completely new taillights. Rather than just slightly modified versions of the existing Q5 taillights, the Audi Q5 Sportback will have new ones that have a weird downward sloping affect as they move toward the center of the tailgate. It also seems to have some metallic trim at the bottom of the rear bumper.

The rest of it, though, looks exactly like a standard Audi Q5, just with a more tapered roofline. That was to be expected, even if the headlights and taillights gave us a bit of a surprise.

Under the skin, expect the Audi Q5 Sportback to be mechanically identical to its standard sibling. It’s based on the same chassis, will have the same engines and will likely even have the same interior. Sure, maybe it gets a minor tweak or two on the inside but there won’t be any major changes. Instead, the Q5 Sportback will be a regular Q5 for customers who want something a bit more stylish. Personally, I think the regular Q5 looks better but, then again, I’ve never really understood fashion.