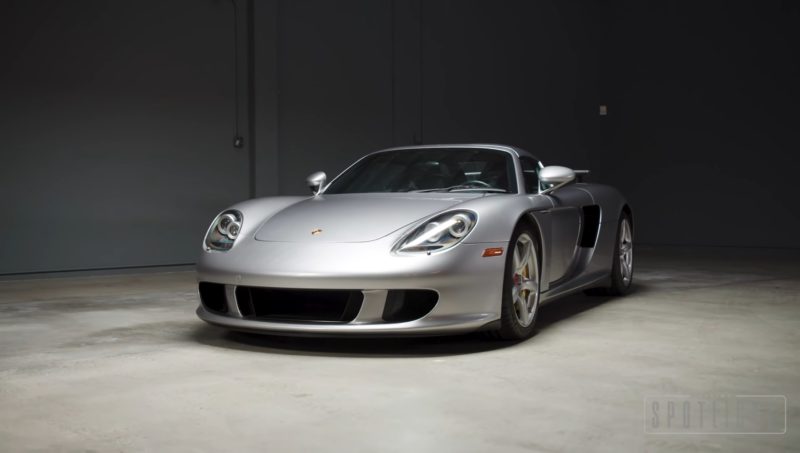 The history of the largest engine in Porsche history is nearly as storied as the brand. The 5.7-liter V10 in the Carrera GT supercar is a thing of legend. It’s literally a Formula One engine and a Le Mans engine that never raced. It powers the most exciting supercar Porsche ever built. And it almost never happened. As with everything Porsche, there’s a big long convoluted and extremely German story to go with everything, so let’s take a look at that story.

We’ve covered the history of the Porsche V10 F1 engine before, and the subsequent LMP2000 project that it was destined for, but never with as much gusto and crazy quasi-German accents as Jason Cammisa has in this video for Issimi. From the very start of this video, I was intrigued, despite already knowing the story. I swear, this guy could read the phone book and it would keep my attention. But enough about the host, let’s talk about the car.

Did you know that Porsche built a terrible Formula One engine? Its 3.5-liter V12 was too big, too heavy, and too unreliable. In the three races that the engine competed in at the start of the 1991 season in the back of the Footwork Arrows car, the Porsche engine DNF’d or DNQ’d every single one of them. Michele Alboreto managed to only make the field four times (at Monaco, Phoenix, Montreal, and Mexico), blowing up his engine or crashing before half-distance in all of them. Wanting to prove that it could build a good F1 engine, Porsche set about building a replacement, a smaller and more powerful V10 with better reliability.

The engine was finished, but Porsche pulled out of F1 before it was done, and hasn’t been back since.

Nearly a decade later the design was pulled out of mothball storage for use in an upcoming Le Mans prototype for the 2000 season. But with Toyota, BMW, Mercedes-Benz, and Nissan pulling the plug on their sports car programs at the end of 1999, Porsche decided against competing with Audi for Le Mans honors. The going rumor is that Audi offered Porsche a deal to engineer its next generation of SUVs if they didn’t compete against the R8 in LMP racing. So there you go, that’s why we have a Cayenne (and Audi Q7 and Volkswagen Touareg) with Porsche’s 5×130 bolt pattern.

The engine was later revived for the Carrera GT, but I’ll let Jason tell you more about that. Click the video above, maybe you’ll learn something about Porsche’s most interesting car.

The post The Porsche Carrera GT Got Its Parts From Two Different Failed Race Car Projects appeared first on FLATSIXES.