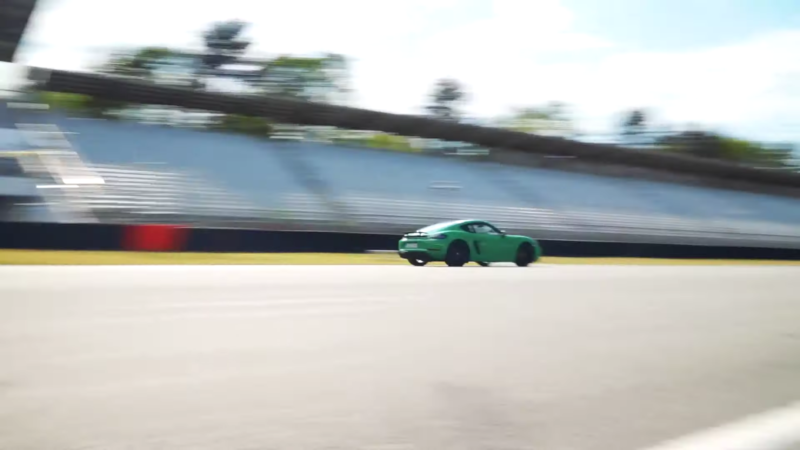 Though the hierarchy at Porsche is supposed to be unshakable, it appears there’s a little wiggle room in the small spaces between the heavy hitters.

The implication has always been that the Cayman should sit firmly underneath the Carrera in Porsche’s pecking order. However, install the 4.0-liter engine in the Cayman, and very soon it’s threatening the rear-engine sibling with a little more cachet. But more than powerful, the Cayman GTS 4.0 is an agile thing. When it’s given to a top-tier driver, we can see just what a wonderfully responsive and controllable vehicle this is.

This torquey engine enables the GTS 4.0 to sprint from 0-62 mph in 4.3 seconds and reach a top speed of 182 mph. With 394 horsepower and 308 lb-ft of torque, it has enough to launch off of Hockenheim’s slower corners and it continues to pull along the straights. True, its acceleration is not anywhere near as violent a GT2 RS MR’s, but the straights here aren’t so long that Uwe Senner can check his watch and gather much data from the passing scenery. 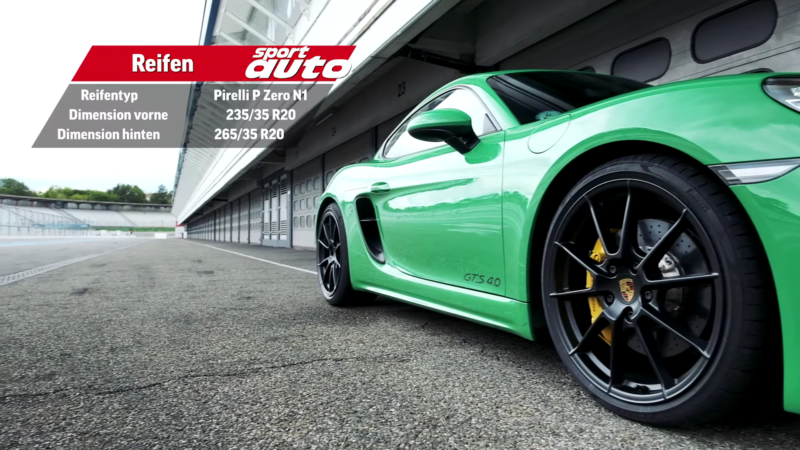 As Uwe Senner applies the throttle, we don’t hear the revs spike as the rear tires lose grip. The car is planted in the rear—it looks like a car that’s exceptionally forgiving out of the box. Perhaps the 235-section tires up front are what cause a significant amount of understeer through the faster corners, and if it were made more neutral, there would be a significant gain in time.

But its agility and layout help it rotate nicely through slower corners, and its traction rivals some rear-engined cars in its price range. Its combination of qualities are enough to match the 991 GTS around this very track. It’s also quicker than a 992 Carrera, which lapped Hockenheim in 1:57.60. Half a second faster than the newest Carrera—that’s quite a feat, especially considering how the Cayman GTS 4.0 is $12,000 cheaper.

The post The 2020 Porsche Cayman GTS 4.0 Is Faster On Track Than A 992 Carrera appeared first on FLATSIXES.