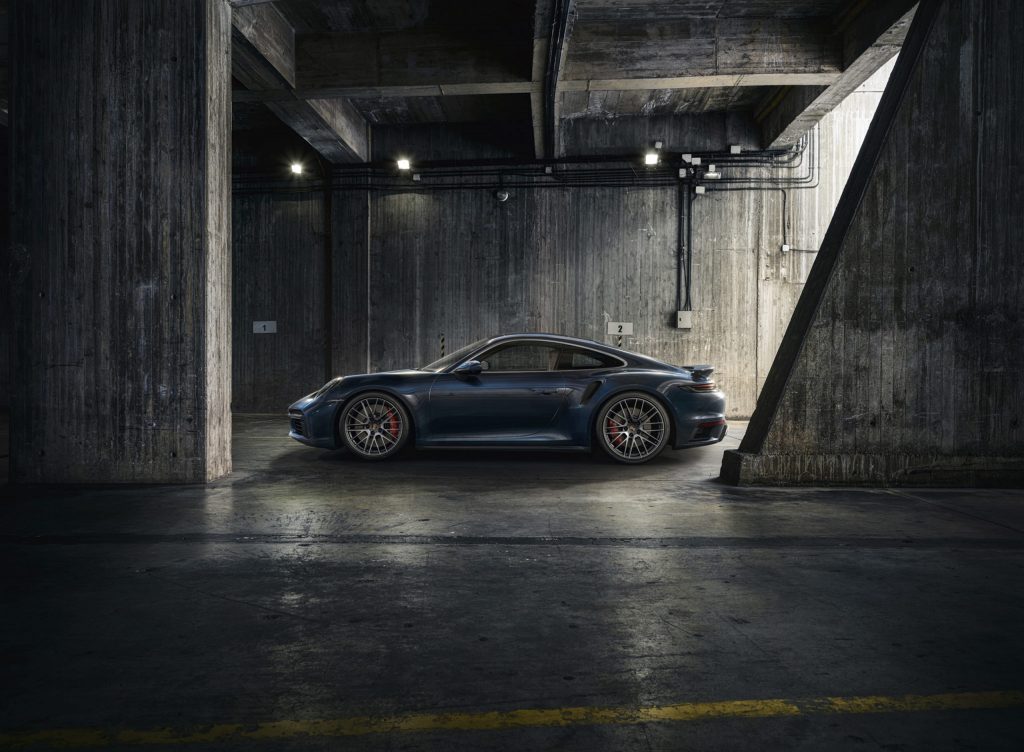 The 911 Turbo has historically occupied a place few other cars have. While there are a few comparable dual-purposers out there, the 911 Turbo has a little more cache and capability than most sports-tourers do. It must be said, though, that the tendency has been to push the heavy Turbo towards the GT end of the spectrum—further and further with every successive generation. Fortunately, the latest 992 variant offers a little more for the driver with trackdays in their future.

“S” Levels of Power and a More Flexible Engine

Thanks to numerous revisions to the 3.8-liter flat-six in the rear of the 992 Turbo, this new “base” Turbo now outguns the 991.2 Turbo S from a couple years ago. Variable Turbine Geometry (VTG) turbos help make 572 horsepower—marking an increase of 32 hp over the predecessor. This means the new 911 Turbo accelerates from 0 to 60 mph in 2.7 seconds (0.2 seconds faster than before) while the new 911 Turbo Cabriolet takes 2.8 seconds (again, 0.2 seconds faster than its predecessor). 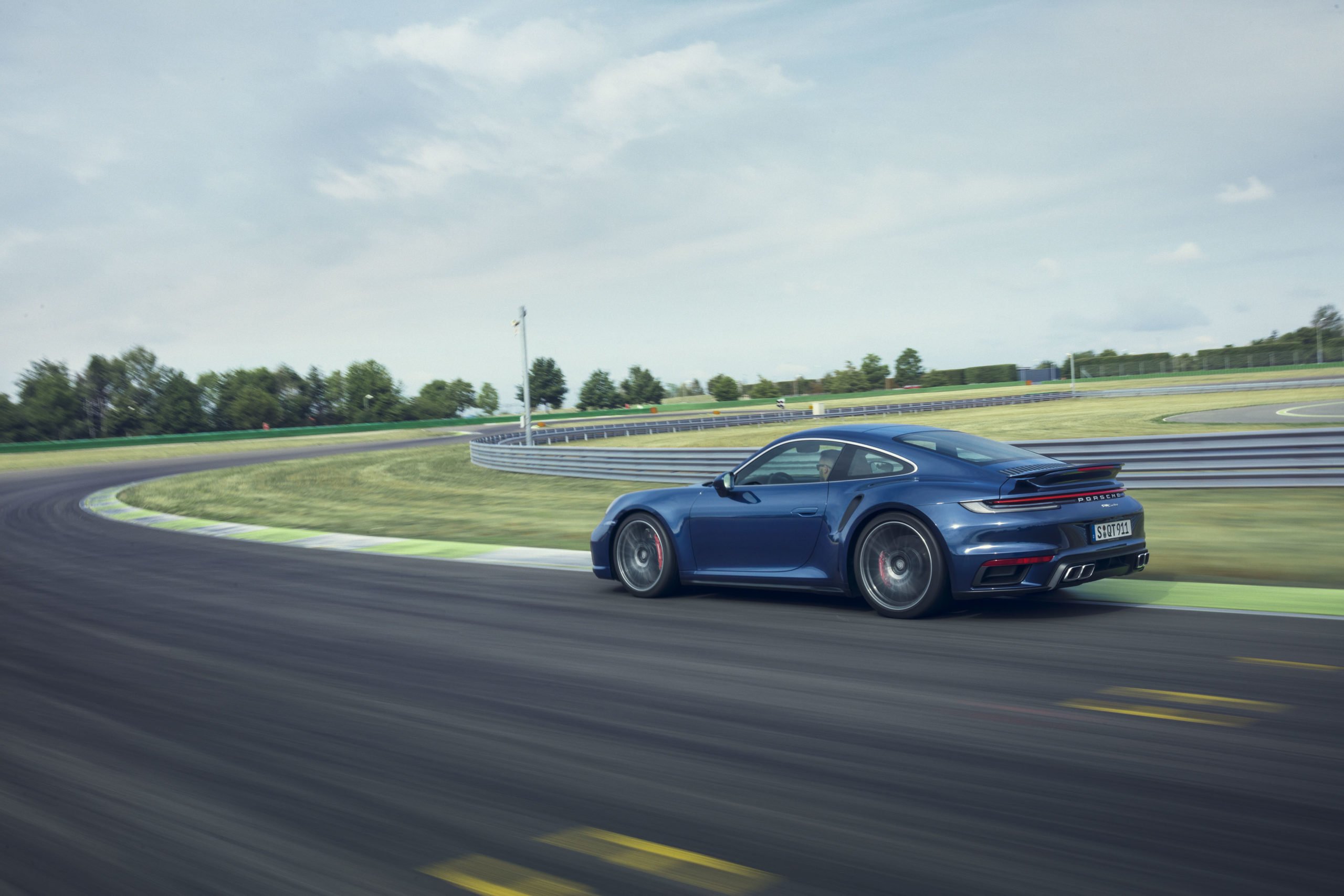 Of course, the drivetrain and the chassis were improved to better handle the bump in power. Rather than deliver a bigger lump of power in the midrange, they made this massive wave of torque malleable with a redesigned charge air cooling system and the use of piezo fuel injectors. These improve throttle response, performance, torque delivery, and add to the free-revving nature of the engine. 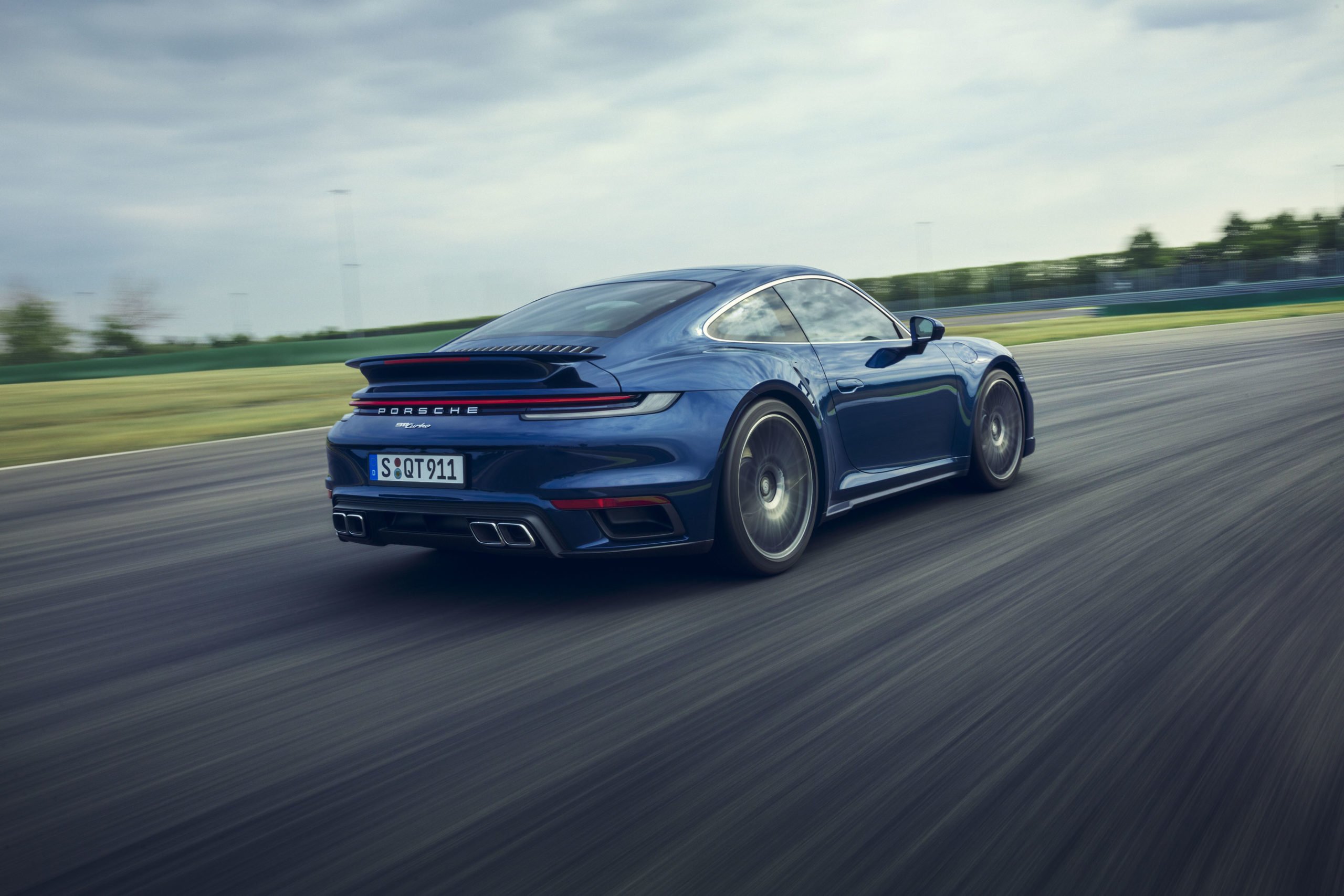 Additionally, the chassis and the footprint were broadened make that ferocious powerplant surprisingly controllable. The front track, widened by 1.65 inches, now houses 255-section front tires. At the rear axle, which is steered, there’s 0.39 inches of added track width compared to the last 911 Turbo, as well as 315/30 tires on 21-inch wheels (305/30 R 20 previously).

A widened footprint are only part of the improvement in the footwork, and now, there’s a little more variety when it comes to speccing the new Turbo. Those whose Turbos will see track time can now order their car with a PASM Sport Suspension which lowers the ride height by 0.39 inch/10mm and provides a more aggressive setup. Another option is the louder sports exhaust, which transforms the muffled whoosh of a Turbo to a discernible note like that found in the 992 Carrera S. Lastly, a Lightweight package reduces the coupe’s weight by 66 pounds. Full Bucket seats, the deletion of the rear seats, and reduced sound insulation trim heft and allow the exhaust note to enter the cabin more intensely.

Still, the cabin can still be specced to be as comfortable as possible.

Other distinguishing features of the new 911 Turbo are the enhanced adaptive aerodynamics with controlled cooling air flaps at the front, a larger active front spoiler and the significantly increased size of the active rear spoiler. The air intakes on the rear side panels, characteristic for the 911 Turbo, now draw in process air rather than cooling air. The charge air coolers are now positioned directly in the air stream under the rear decklid. The continuous light bar with LED tail lights as well as the new louvered rear decklid grille with silver trim strips round off the design of the rear end.

Stylish, sleek, and unobtrusive, the 992 Turbo is still one of the best everyday supercars on sale. Those who’ve criticized it for a lack of ferocity and a slightly diluted driving experience had a point, but this latest version offers the track addict a bit more. Whether you want it plush or pulverizing, the latest Turbo can be shaped to your liking. 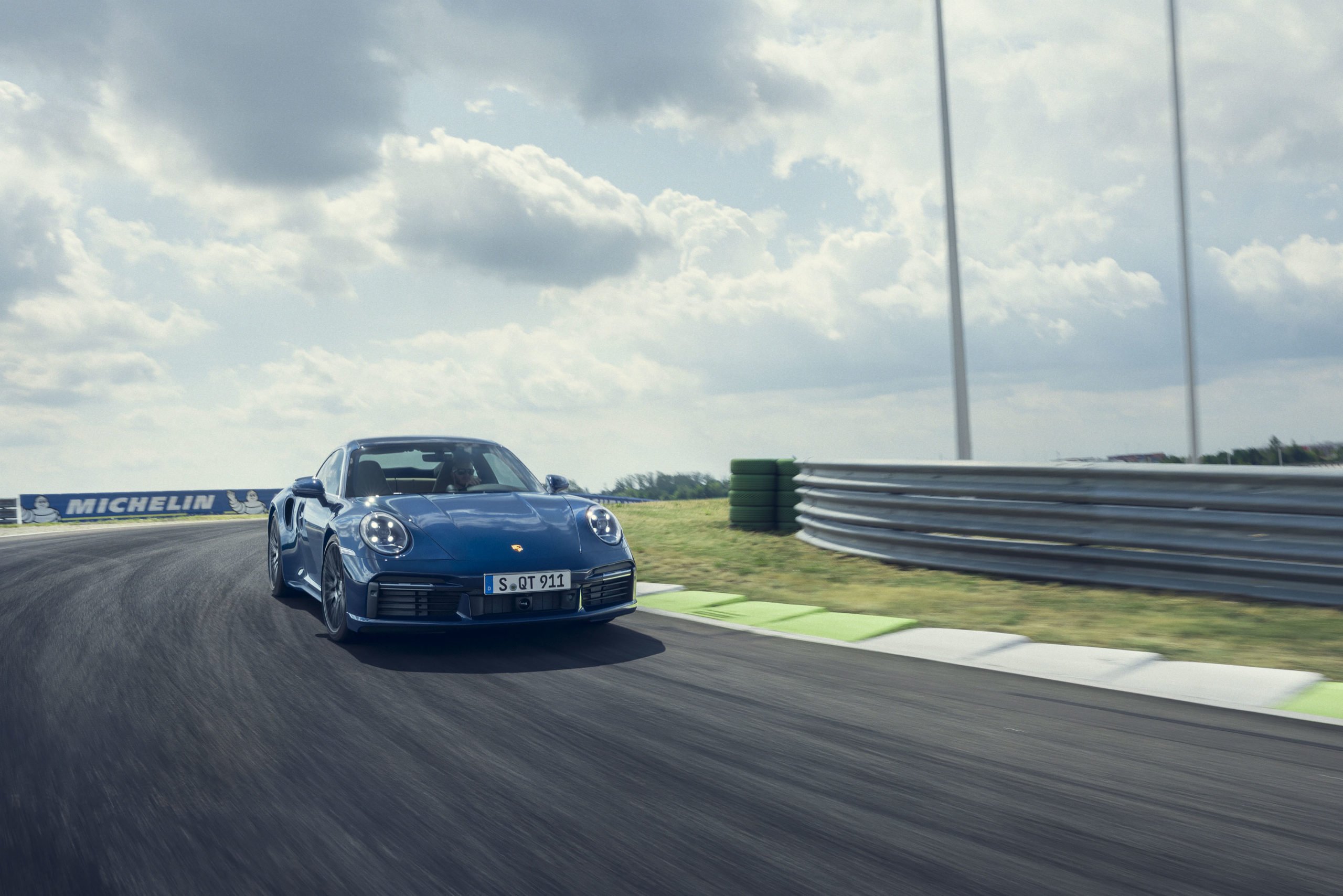