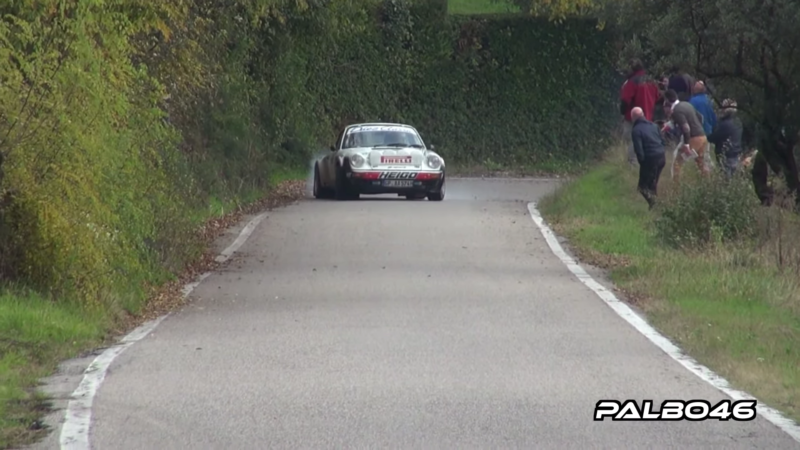 Born out of a need to move Porsches from Group C to the more commercially successful Group B, the Group B-spec Porsche 911 RS/SC made a respectable stab at big-time rallying when turbos, four wheel-drive, and aerodynamic grip were starting to shift the paradigm.

As the car was going to be kept normally-aspirated and drive only the rear wheels, Porsche needed to take advantage of the rules regarding weight. To avoid any displacement-related weight penalties, they chose to run the older 3.0-liter engine instead of the 3.2-liter then available in the road-going 911s.

In Group B guise, the 3.0-liter had the cylinder heads from the 935, forged pistons. 10.3:1 compression, Bosh/Kugelfisher mechanical fuel injection, and dry-sump lubrication. In its punchiest form, it produced 290 horsepower and sent it through a 915/71 5-speed gearbox to the rear wheels.

While it wasn’t making anywhere near the power of the turbocharged competition, the 3.0-liter engine spat out a substantial amount of horsepower for the stripped and svelte frame which carried it. The 930 frame wasn’t too portly to begin with, but every road-oriented amenity was stripped, including:

To get the SC/RS down to race weight, they added fiberglass bumper covers, sills, engine lid, and rear spoiler; thinner rear glass; Type 935 Recaro seats, and only the most spartan interior. Thanks to a 40% limited-slip differential and a close-ratio gearbox, this svelte sprinter reached 60 miles per hour in 4.0 seconds. 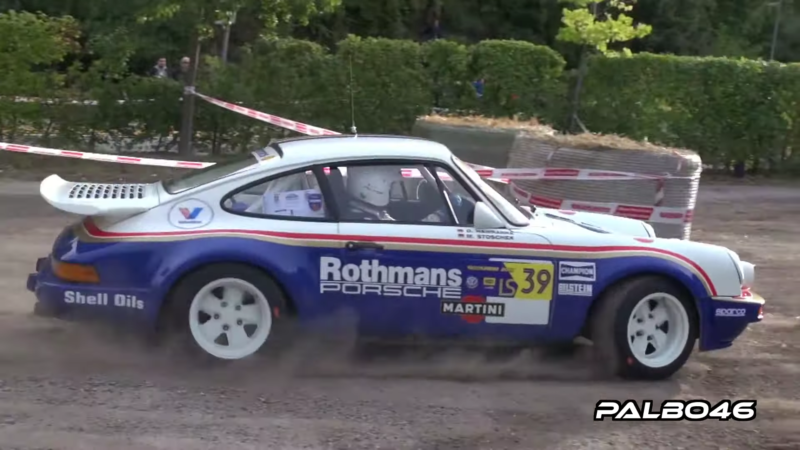 Five of these cars were sent to Prodrive to have their magic worked on them.

Some weight came in the form of skid plates, belly pans, and a six-point cage with removable door bars, but it still weighed in at only 2,115 pounds. To put this in perspective, that was roughly 1,000 pounds lighter than the street-going 911 SC.

Though lacking a driven front axle and a turbocharger meant it never could best the four wheel-drive opposition. In the years it ran Group B, its best finishes were third places at the 1982 Monaco and Tour de Corsa rallies. Even despite never reaching the top rung, and its high-pitched bark and tail-out antics stood out as a notable part of one of the greatest automotive competitions ever seen.

The post Watch Group B Porsches Slide Through Tarmac Rally Stages In A Flurry Of Fireballs appeared first on FLATSIXES.