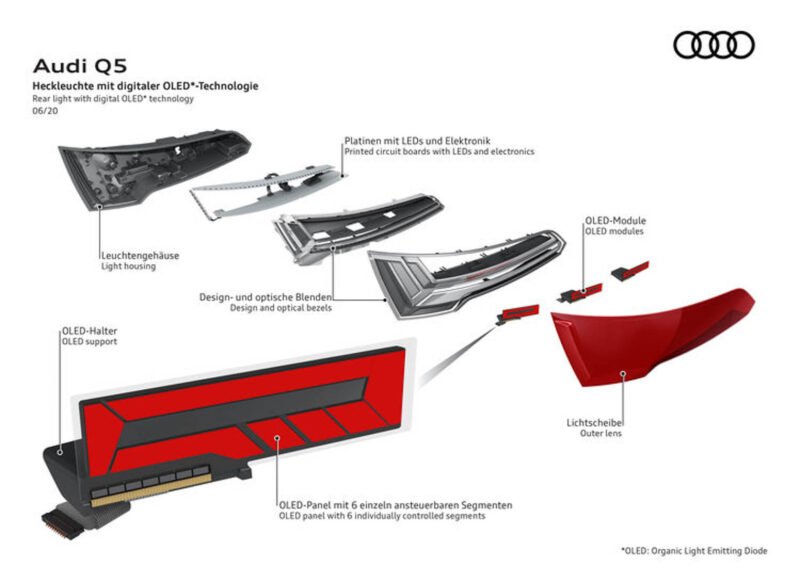 Audi has been a pioneer in the world of automotive lighting for over a decade. In fact, Audi was one of the first brands to introduce LED lighting elements into its headlights, which is why so many customers jumped into Audis in the late 2000’s. Now, Audi’s latest industry-leading technology has to do with taillights. More specifically, the OLED (Organic Light Emitting Diode) taillights on the new Audi Q5.

The benefits of OLED taillights are not only that they’re thin and bright but also infinitely dimmable. That means that can be easily customized, to create different shapes or symbols for various different reasons.

In the case of the newly facelifted Audi Q5, the taillights will have three horizontal tiles, each with six OLED lighting elements, giving them eighteen different elements to use. That allows for a wide variety of different shame and/or symbol customization. While the Q5 won’t have a huge amount of customization, the technology is only getting started.

For instance, certain symbols like the hazard symbol could be projected to warn other motorists that something is wrong with you car more clearly. Or the taillights could flash a certain symbol at other cars if they’re getting too close to it. With OLED taillights, there are almost limitless combinations of lighting designs, giving them near-limitless possibilities.

As for the Audi Q5 specifically, European customers will be able to choose from one of three different taillights designs (sadly, only one choice for the US market because our car lighting regulations are archaic) and even have them change with the drive select modes. There also also different animations for when you leave or arrive at your home. 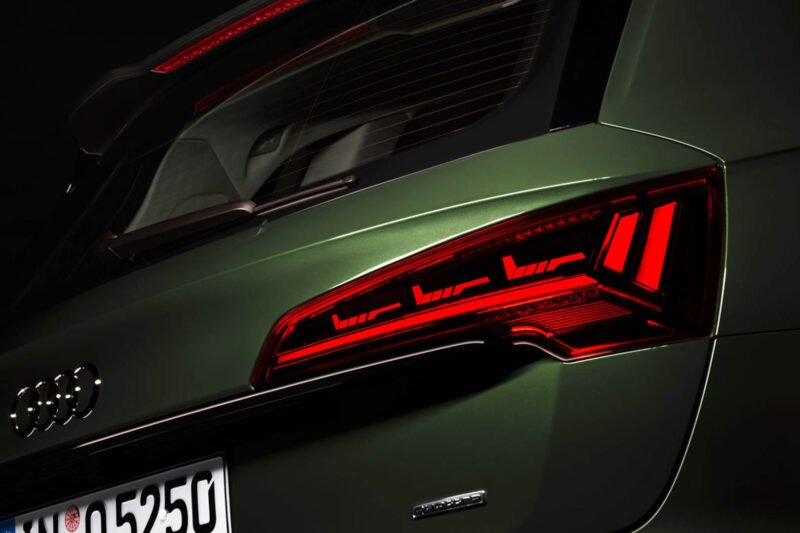 There’s even future potential for the OLED taillights to gain V2X (Vehicle to Infrastructure) technology. So certain safety warnings could be programmed into the taillights and, when given the signal from the surround infrastructure, could be used to alert other drivers.

This is all super snazzy tech but we’re not surprised. Not only have we all be hearing about cutomizable lighting for years now but Audi has always been a pioneer in the field. So to see Audi coming to market with this tech is great but not entirely a shock.