There’s no question that the Audi RS5 Sportback is one of the best looking sedans on the market. With its supermodel silhouette, flared wheel arches, crisp lines and aggressive stance, there are few sedans that can match the sheer presence and sex appeal of the four-door RS5. It gets even better with the right color scheme, too, and the correct color scheme for the RS5 Sportback is Sonoma Green with gold wheels. We’ll hear no word of the contrary.

As per usual, this new video from Auditography is packed with beautiful videography and gorgeous visuals.  In it, we get to see the aforementioned Audi RS5 Sportback; Sonoma Green with gold wheels; and it looks asbolutely stunning. The gloss black and carbon fiber accents on the exterior send it over the top, too.

It’s a shame, then, that the interior isn’t up to the same level. While it’s very nice, with rich leather and Alcantara, red contrast stitching and some snazzy tech, it’s just a bit humdrum, especially in contrast with its drop-dead gorgeous exterior. Though, that’s sort of par for the course with Audi.

Sweetening the deal even further is just how good of a car the Audi RS5 Sportback is. Sure, it lacks the excitement of the previous-gen RS5 but it makes up for that with continent-crushing performance. The 2.9 liter twin-turbo V6 under its hood makes 444 horsepower and 443 lb-ft of torque, or so Audi claims. Despite that relatively uninspiring power figure, the RS5 Sportback hustles to 60 mph in less than four seconds and can make very quick work of a twisty mountain road. 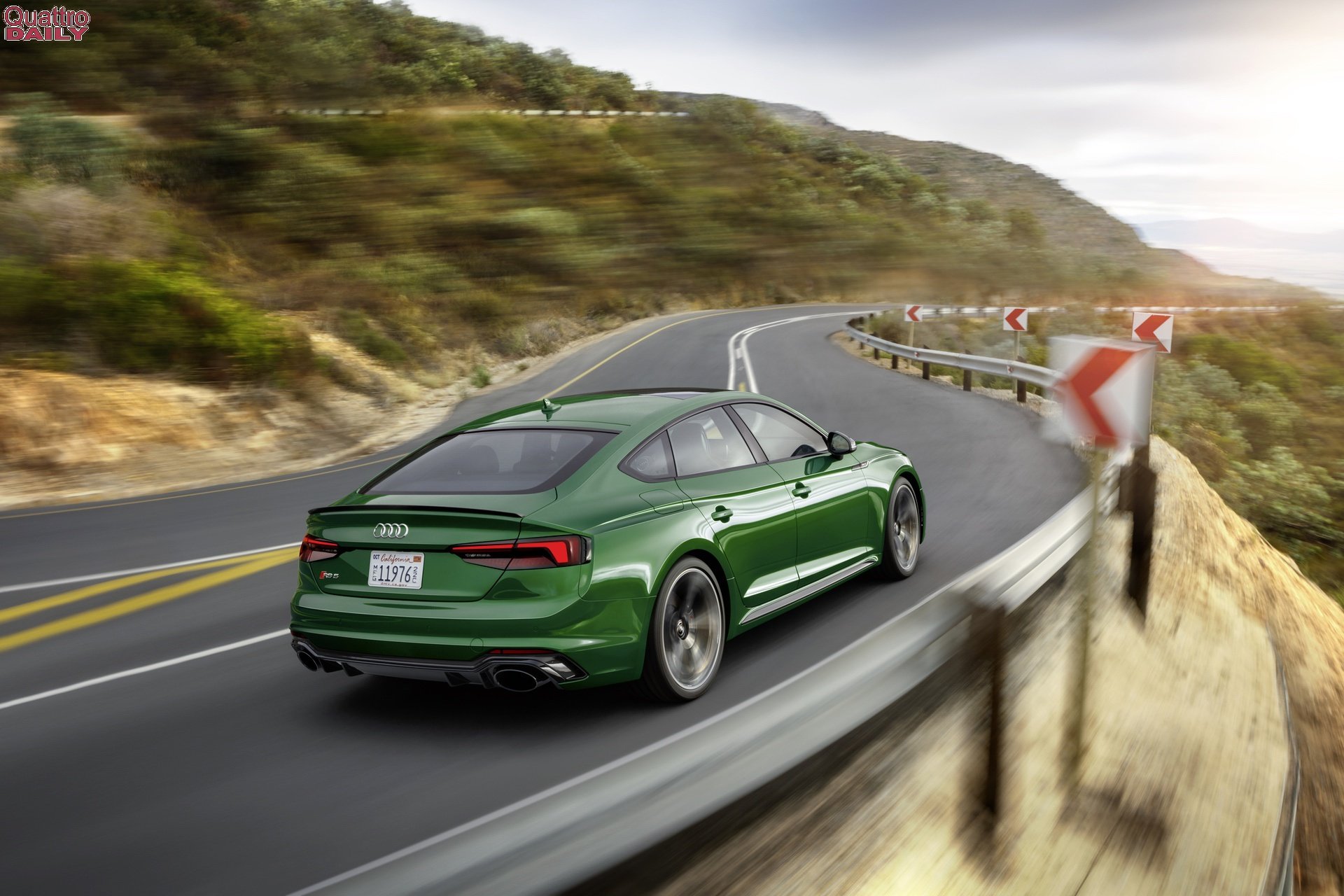 But with the Audi RS5 Sportback, style is most important and this Sonoma Green/gold-wheeled model is among the most stylish sedans we’ve ever seen. If you want to get somewhere very far away, very quickly, with a few passengers and some luggage, in absolute style, there may not be a better four-door sedan for the money.  The best part about it? You can get your RS5 Sportback like this from the factory. Sonoma Green is a factory color.