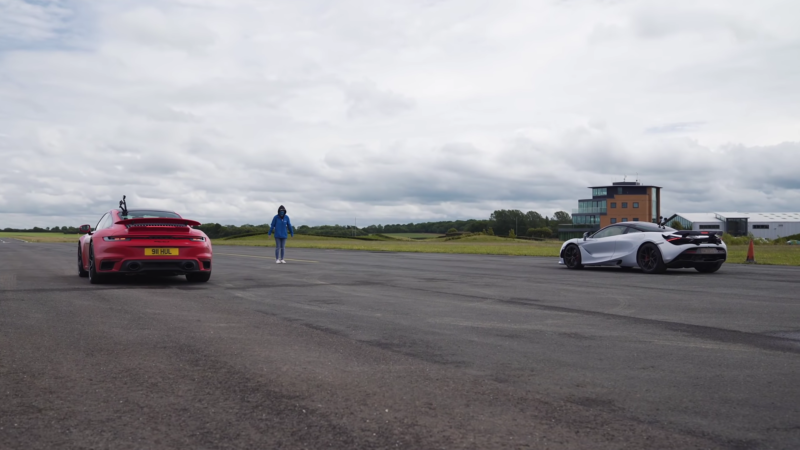 The specs aren’t all that alike, the shapes are quite dissimilar, and the each car’s ethos differs significantly. Perhaps never a better comparison could be made between quick vehicles of a higher caliber.

One car epitomizes real-world acceleration, and depending on the company it keeps, it can be seen as an underdog. The other is the undisputed hot shot of the moment, complete with a flowing shape and a top end that 1,000-horsepower dragsters have a hard time matching. 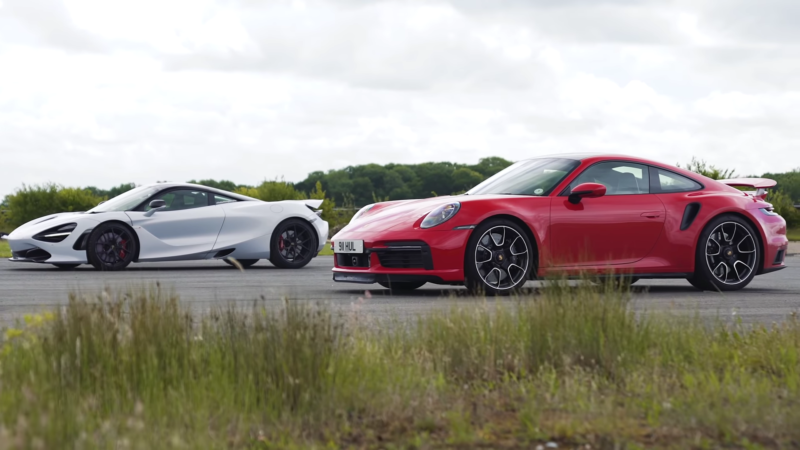 An additional gear in the 911’s gearbox seems to help some in tip-in.

We’ve seen the way the 992 Turbo S gathers speed from zip, and it’s hard to fathom. It’s also proven it can topple mountains—in that it’s proven that the fastest electric cars can’t quite match the relentless shove of the turbocharged 3.8-liter.

The difference in displacements between these two—3.8 versus 4.0—doesn’t appear to affect their relative rates of shove off the line. There, it seems that the drivetrain makes the difference. But due to engine calibration and the way the smaller engine in the Porsche makes peak torque about 3,000 rpms earlier in the rev range, it appears to alter the way you can tip in the throttle at highway speeds.

The Turbo S, with 650 horsepower and 590 lb-ft—the latter figure produced at scarcely believable 2,500 rpms, has a way of scorching the pavement at the starting line and disappearing into the distance. Despite the McLaren weighing roughly 500 pounds more than the Porsche, it isn’t quite as stuck into the road as well. Four driven wheels makes a major difference at these power levels, and as we can hear from the raspy wail of the McLaren’s exhaust pipes while leaving the line, its P305/30YR20 rear tires spin up wildly. Here, rear-wheel drive requires a set of slicks to compete. 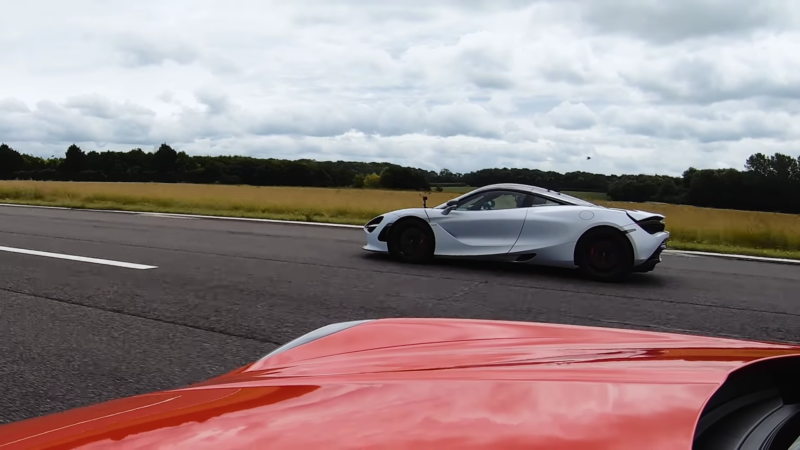 Once the sleek wedge of cheese from Woking gets into its stride, there’s really little the Porsche’s trick drivetrain can do.

There’s even more rubber underneath the heavier Porsche, with 255/35R20 tires adorning the front axle and 315/30R21 tires the rear. That wider front tire plays a role, albeit a small one possibly, in the braking test later down the road.

While the McLaren’s definite cache can’t be matched by the more commonplace Porsche, there’s no denying that the red car is the one with better value for money. Certainly over the course of a full mile, the silver car would disappear into the distance, but the Porsche wouldn’t be too far behind.