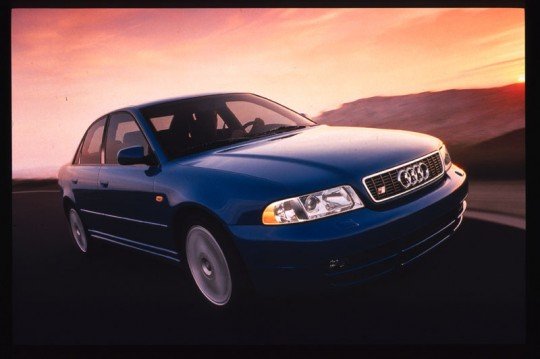 In today’s automotive landscape, the B5 Audi S4 is looked at more as a problem child than anything else. Due to the finicky reliability of its 2.7 liter Biturbo V6, and general VW Group issues, the B5 S4 is often seen as a headache by potential customers. The merit of such infamy is debatable but one thing’s for certain — it wasn’t always down upon.

Let’s rewind back to September, 1999. Fear of Y2K was still a thing, people still had internet discs and there were probably still some Zubaz pants lying around. More importantly, there were some genuinely great sport sedans on the market, including the B5 Audi S4, the E36 BMW M3, Mercedes-Benz C43 AMG and the Saab 9-3 Viggen. All four of those cars went head-to-head in a Car and Driver comparison back in that very September.

To be perfectly honest, if you pick up almost any car magazine from the ’80s, ’90s and early ’00s and a BMW is in one of the old comparisons, you can bet a good chunk of money it ended up being the winner back in the day. During those three decades, BMW was nigh unstoppable and for good reason. Its sports sedans were absolutely superb and bordering on perfect. However, for that brief time in 1999, an Audi was actually crowned victorious over its Bavarian neighbor.

In this retro-review from C&D, we look at a four-way comparison between those aforementioned cars and the B5 Audi S4 actually ended up winning back in 1999. It was probably a huge shock then and, to be honest, it’s a huge shock today.

According to C&D’s notes back from 1999, the B5 Audi S4 wasn’t quite as sharp or as engaging as the E36-gen BMW M3 but it was almost as fast, better in bad weather, had a nice interior and was just the overall better car. The M3 was the more precision tool but the S4 was a do-it-all, multi-tool with slick styling, a great interior and unflappable grip. So it actually won the test, which seems shocking in retrospect.

Admittedly, soon after that the E46-generation BMW M3 debuted and obliterated everything in its path but at least the B5 Audi S4 had its moment in the sun.