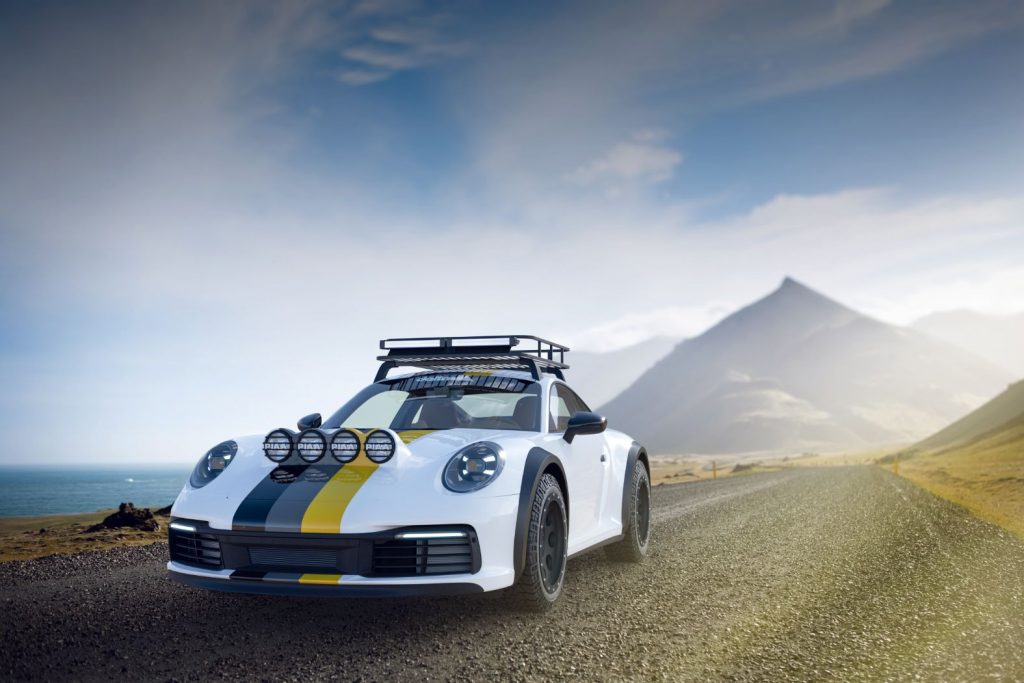 Steal a pinch of seasoning from a Dakar-spec 959, source yourself a fresh 992 for a base, and bring in the big guns to do the rest. If you’re curious to see how a current Porsche 911 would fare in the wilderness, German off-road specialists Delta4x4 might be able to help you with this strange concoction. 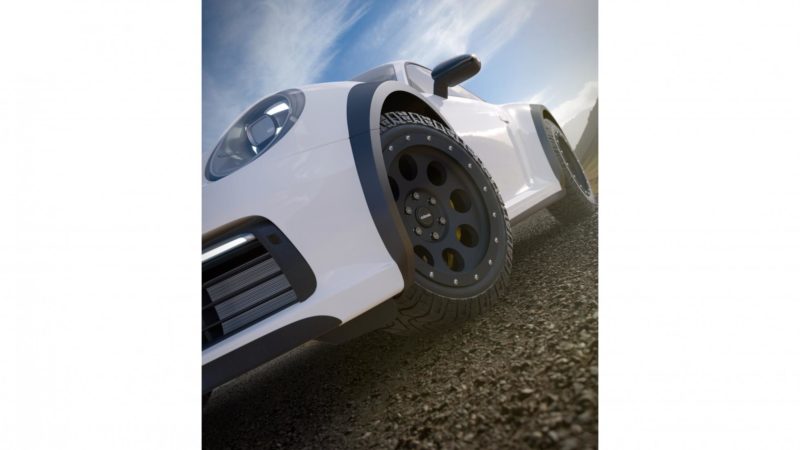 Knobby wheels make a Safari-style 911 a tool for misbehaving.

Having competed in the Paris-Dakar rally, Delta4x4 have the experience and know-how to precisely create a vehicle capable of withstanding the rigors of a punishing off-road event. There’s undoubtedly a lot going into building this car, but Delta4x4 are being a little tight-lipped about the exact ingredients at the moment.

What’s known at this stage is that they’ll stiffen the chassis, dot the front with a set of massive auxiliary headlights, raise the car enough that its ground clearance is roughly 10 inches, and top it all off with a roof rack. The sleek lines of the 992 might blend surprisingly well with a set of knobby tires and fender gaps large enough to give it the stance of a rugged, windburned Beetle. 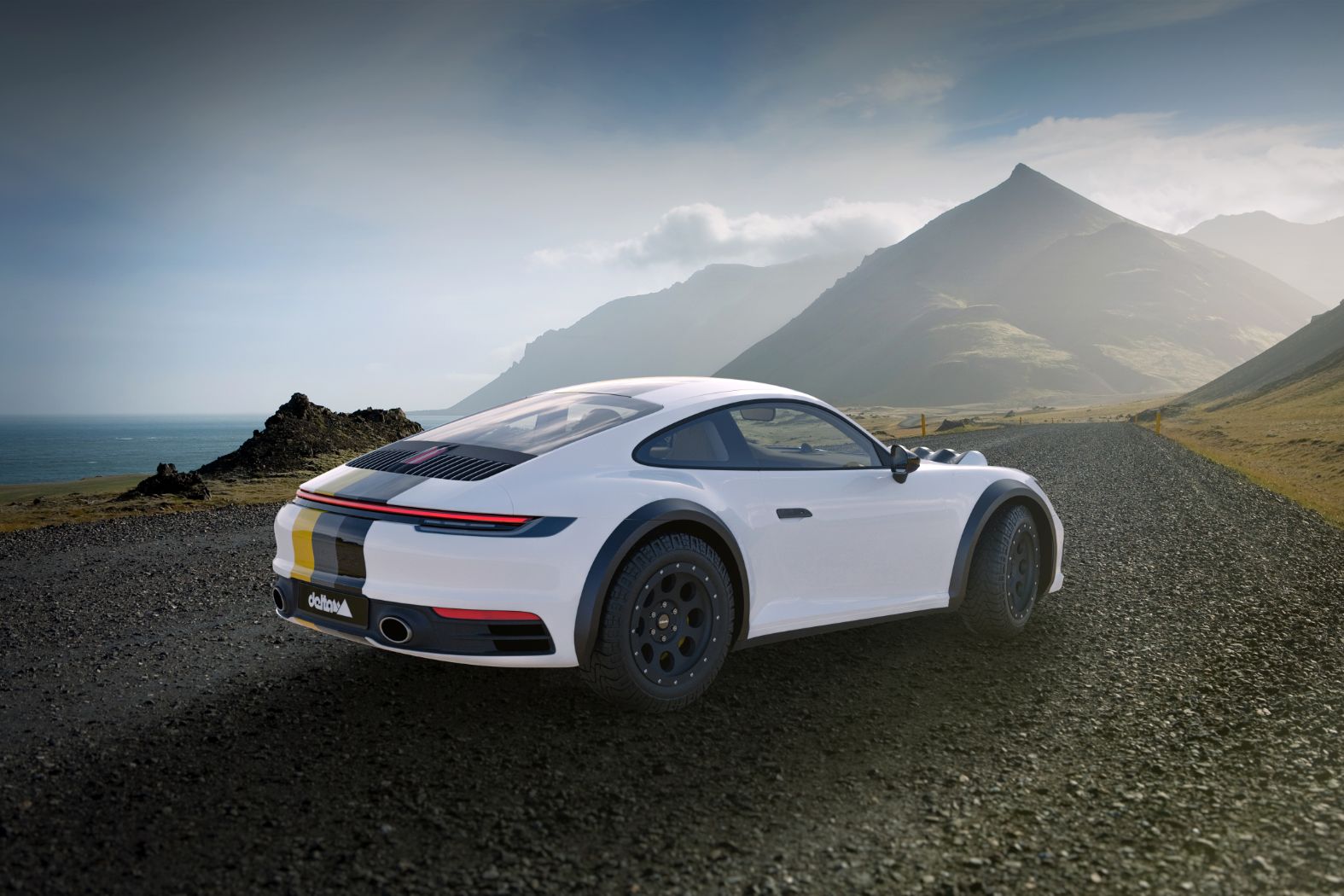 A set of tasteful overfenders lend a little aggression and ruggedness without demanding too much attention.

Blending those old-world touches with the undeniable modernity of a 992 isn’t the only Safari-style first with this car. At the moment, Delta4x4 is working with one ambitious German who’s given them a C4 to turn into a car which can, without any exaggeration or outside assistance, transport him from Ulm, Germany, to Dakar, Senegal. Unlike the typical Safari fare we’re accustomed to, this 992 will have considerable power and, of course, four driven wheels. Is there a better successor to the Dakar 959? We think not.

The post This Safari-Style Porsche 992 Knows The Secret To Roughing It appeared first on FLATSIXES.