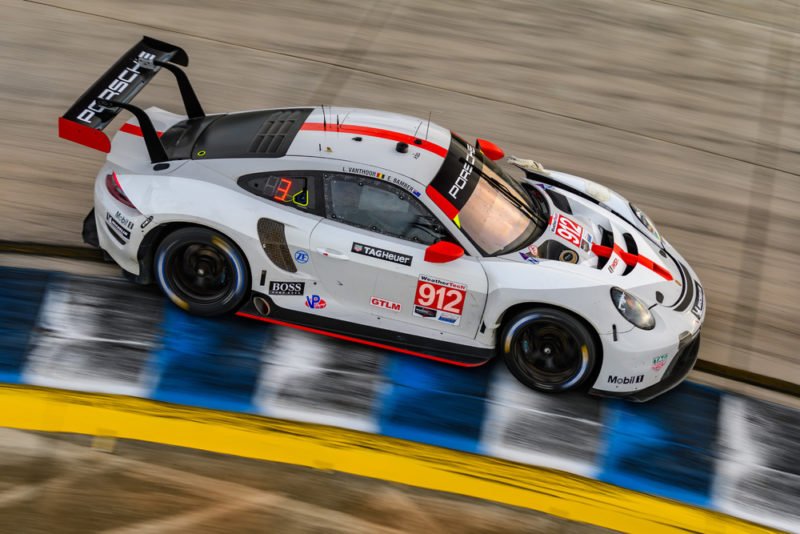 Porsche always has a strong showing at Sebring International Raceway in Florida. While the circuit traditionally runs a 12 hour endurance race in March, this year’s event was postponed to late fall, and a second stand-in sprint race was added, with the schedule shuffle thanks to the international coronavirus pandemic. No matter the cause, Porsche showed up to the party ready to rock and roll. Three rounds of the IMSA WeatherTech SportsCar Championship complete, and Porsche nets its third podium. The 2 hours 40 minute race saw both Porsches come upon hard times, and to recover to third is an incredible result.

Laurens Vanthoor started the race in the #912 Porsche 911 RSR with a bang. While he qualified in fourth, a set of soft tires netted him the lead of the race after just the first half lap. Everything was looking great for Porsche, as he defended his lead into the first pit stop. A caution caused the entire GT field to pit at the same time, and following a flawless stop, the two Corvettes and two Porsches tried to occupy the same space on pit lane at the same time, and Porsche definitely came off worst for it. The front bumper and left front fender were ripped clear of the 912 when it was shoved out into the #911 sister car. Pitting twice to affect bodywork repairs, Earl Bamber then received a penalty for speeding in pit lane. With a perfect strategy, a series of daring overtaking maneuvers, and a series of super fast laps, the Bamber and Vanthoor car recovered to the podium.

Just watch this battle for third with the #25 BMW.

The #911 car of Nick Tandy and Fred Makowiecki suffered a far worse fate, unfortunately. The car looked like it came out of the pit-road contretemps in good shape with minimal bodywork damage. It kept circulating the course under yellow in good nick. Unfortunately, the extent of its damage was not uncovered until the race went back to green. The splitter of the #912 had cut a gash into the right rear tire of the #911, unbeknownst to anyone. When the race went back to green, the Porsche loaded up the right rear darting into the bumpy and arduous Turn 1, which caused a dramatic blowout. The car then had to make it almost 3 miles back to the pits on a flat tire, costing the team a lap that would never be recovered. Sixth position from six cars in the GTLM class. Day done. 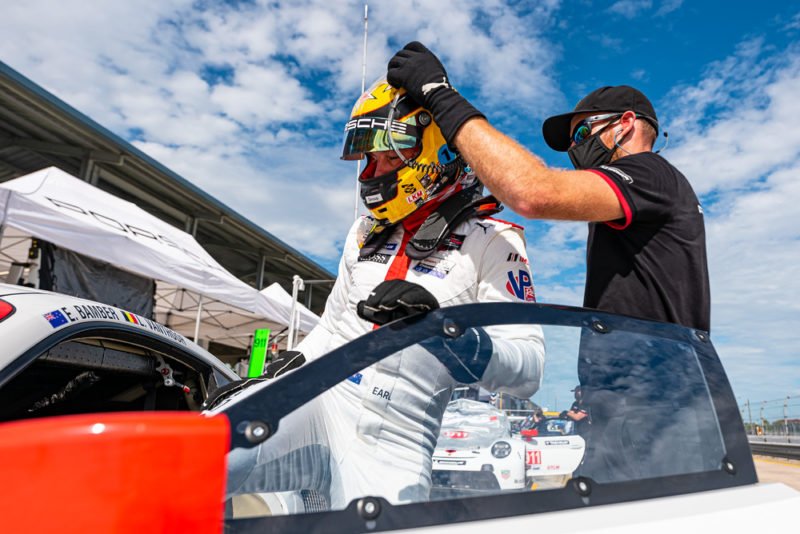 Steffen Höllwarth (Head of Operations IMSA Championship): “It’s a disappointing result. Our race pace was very good, but unfortunately, several things went awry in the pit lane incident. In such situations, it’s about tenths of seconds and positions. While pulling out of the pits, three vehicles made contact, and unfortunately two of them were ours. It was our fault. We’ll analyse it and make sure it doesn’t happen again. But ultimately, at least one car finished on the podium. These points were very important for the championship.”

Nick Tandy (Porsche 911 RSR #911): “Porsche deserved a better result today. Our car was definitely capable of winning. Sometimes things happen in motor racing that aren’t perfect. We have to learn from it and make sure it doesn’t happen again. We lost a lot of points today, but we’ll regard our strong pace as a very positive sign and take it with us to the upcoming race at Road America.”

Earl Bamber (Porsche 911 RSR #912): “It was a tough day and it shouldn’t have been. Our two cars were very strong, but unfortunately, the pit incident cost us a lot of time. Laurens drove very strong stints and our strategy was optimal. That’s how we managed to mitigate the damages as much as possible. Today’s race could have thrown a spanner in the works in terms of the championship, but thanks to this podium result, we’re still looking good. We’ll now take this positive aspect to the next round at Road Atlanta.” 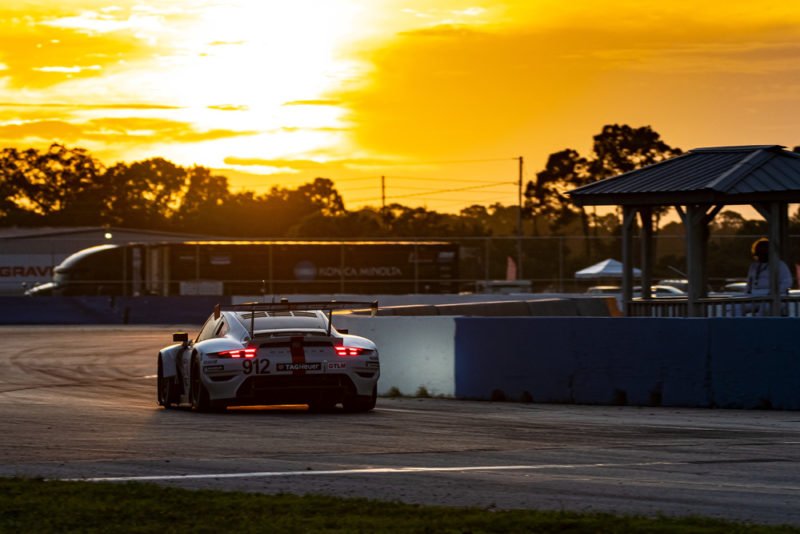