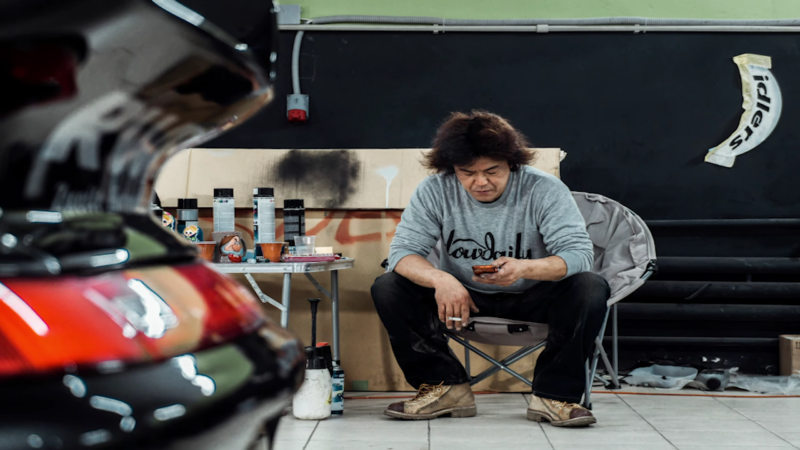 Akira Nakai’s always had a wandering eye for the air-cooled 911, but before he’d laid a hand on a Porsche, he had an affinity for the Toyota Corolla. After a decade spent building and drifting AE86 Corollas, Nakai not only started his own racing team, Rough World, but had started developing a distinct style as a craftsman. By taking what he learned as a young street racer and blending it with the classic lines and architecture of a Porsche 911, he was able to help create a divisive piece of design which we can’t ignore. 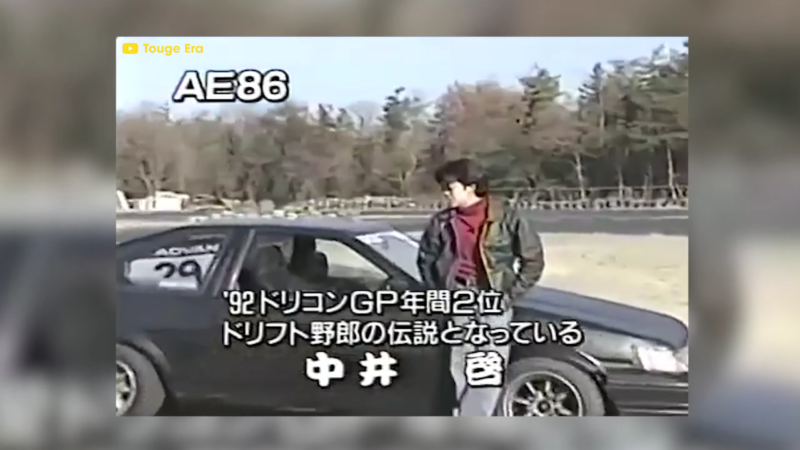 A fresh-faced Nakai leaning on the car which started it all.

It’s Nakai’s ability to look at a classic 911 as a blank canvas which sets him apart in the world of Porsche tuners. Paying to heed to the purists who shudder at the thought of taking an air saw to a pristine Porsche fender, Nakai marked out the course for his blade. Ten minutes, later, he’d stripped several pounds of metal and made space for his signature widebody fenders. 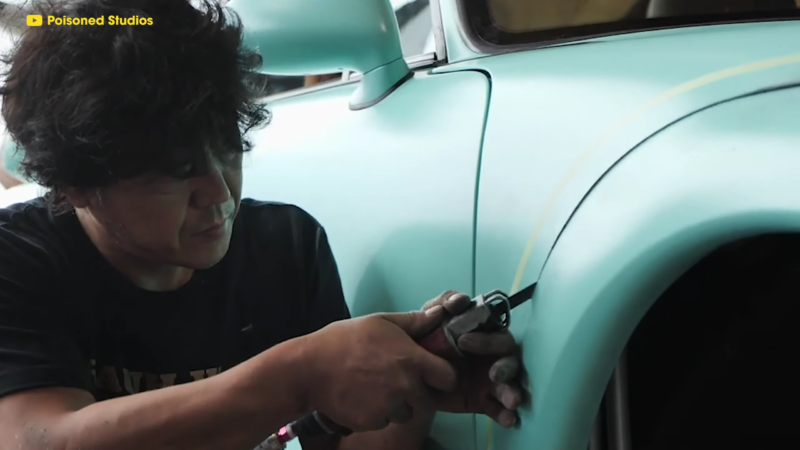 “I trust my eye and I cut,” the phlegmatic Nakai declares.

The distinguishing cosmetic touches are inspired by some of the tuning culture he grew up, which in turn was driven by the contemporary touring car racing scene. The snorkeled rear wings, ragtag liveries, and ridiculous ride heights have been derided by half the internet, but that’s only fueled some of the passionate fire which one needs to turn Nakai loose on what is today a very expensive machine.

Nowadays, a Porschephile with a fondness for zany design can ring up Nakai, have a meeting, and then begin ordering the necessary parts. At a later date, a slightly disheveled Nakai will arrive carrying a briefcase full of tools, ready to begin crafting the latest steed in the Rauh-Welt stable.

The lore surrounding the enigmatic builder involves some pretty diva-ish demands. A carton of cigarettes, a case of Coca-Cola, and a leather armchair were all supposed requirements for the maestro to get to work. Others insisted that once the man was let loose on the car, the owner no longer had any say in project. In reality, Nakai is a much more agreeable man than his reputation suggests, and the build process is collaborative. However, it wouldn’t hurt to buy the man a pack of Winstons and some caffeinated beverages if you want him to perform at his best.

Nowadays, Nakai has his hands full building bespoke cars. Not only does he deal with the air-cooled models, but he’s tried his hand at a 996, a few Mercedes, and a couple Beetles. With his company pumping out 40-50 cars annually, Nakai doesn’t have too many weekends free any longer. Nevertheless, the way his outlandish vision has propelled him into the position of world-travelling rock star, perhaps his style should inspire the next generation of iconoclastic gearheads with a penchant for big wings, fender flares, and Belgian beer. 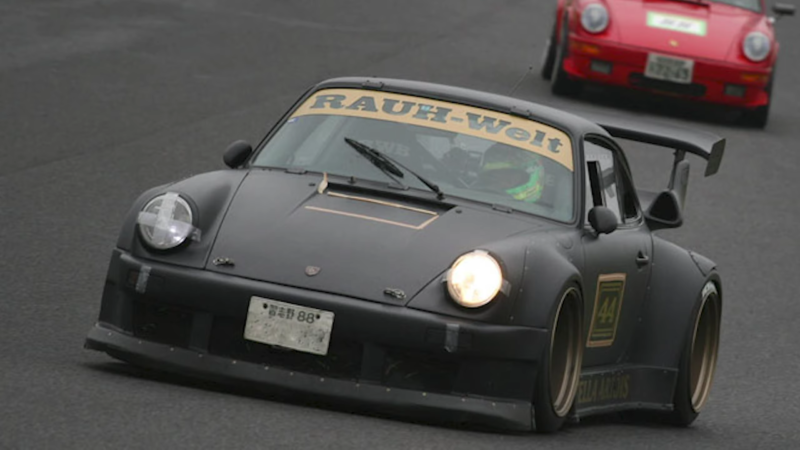 The post A History of Rauh-Welt’s Widebody Porsches appeared first on FLATSIXES.