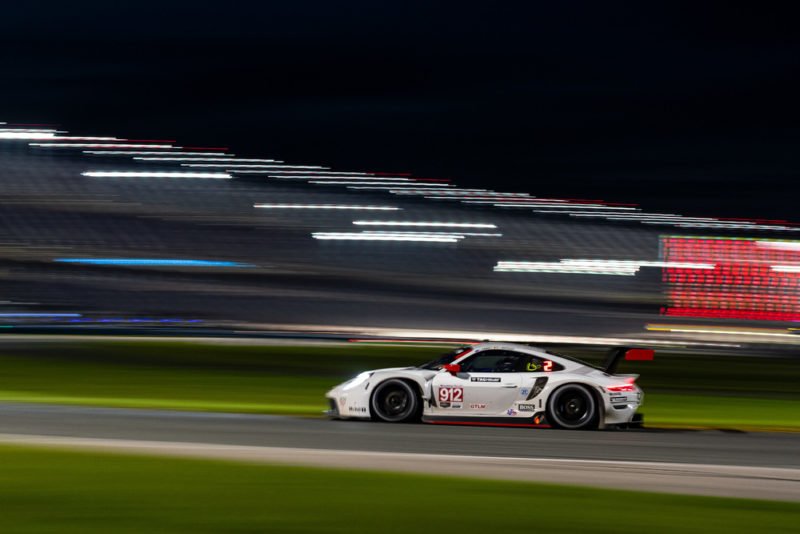 The IMSA racing season has been on hiatus since January due to the international pandemic still quietly raging in the background. Because so few states have allowed for large gatherings, the series is limited on where it can go right now, which means another run at Daytona follows the 24 Hours as round two. After a double podium finish behind the winning BMW in January’s endurance classic, Porsche knows the track well and could reliably predict a pretty good finish in this 2 hours and 40 minutes sprint. With a great mix of strategy and lots of great driving, the team pushed for everything they were worth to grab another 2-3 finish at the famed Daytona International Speedway. 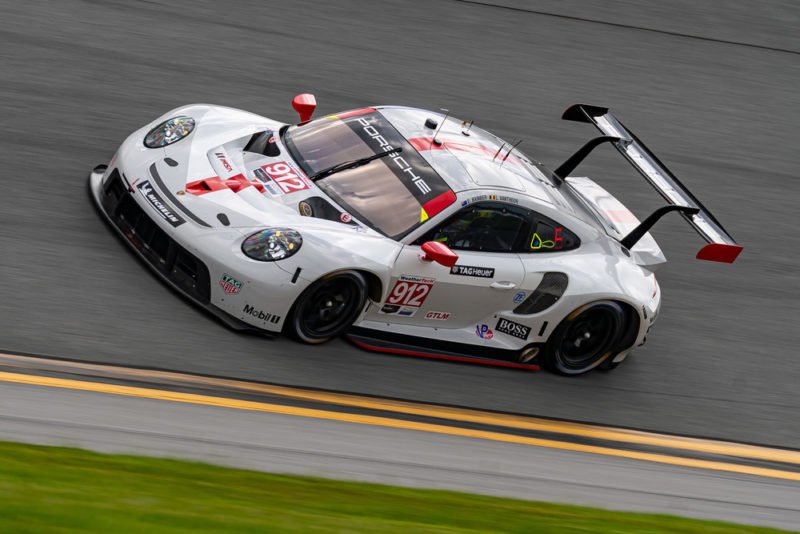 The start of the race was delayed for about 30 minutes in the wake of a heavy thunderstorm. As the storm stopped raging the entire GTLM class chose to start on slick tires, except for Porsche’s Nick Tandy who started on Michelin wets. Porsche split their strategy, but in those early minutes of the race it was obvious that Tandy was on the right tires, starting from sixth he blitzed through the field to take the lead and ran away, running faster laps than even some of the more powerful DPi prototypes. The track dried out by lap 5 and Tandy lost his advantage, pitting for his own set of slicks. From that point on, it was a very tight battle between the Porsches, BMWs, and Corvettes to the finish. Tandy and teammate Fred Makowiecki worked to finish third. 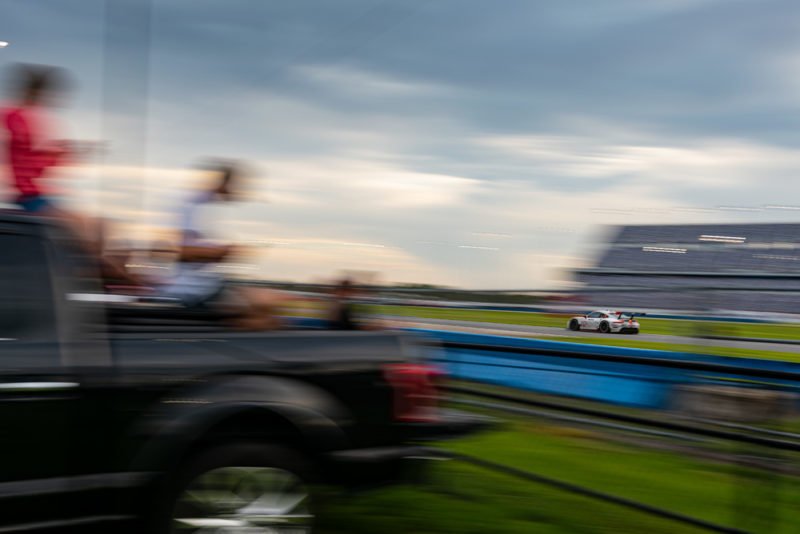 In the sister car, Laurens Vanthoor started the race on a more cautious strategy, with slick tires. With only six cars in the class, and all of them incredibly competitive for the win, it was an up and down the grid race for Vanthoor. Having started second, Vanthoor found himself falling back to as low as 5th in class. When the car was handed off to Earl Bamber, however, it came alive. Because of the race delay the finish time was pushed back to after dark under the lights, and the Porsche is known to perform well in night running, and as the temperatures dropped, the Porsche came out on top. Toward the end of the race Bamber had even moved into the lead for a brief run before eventually ceding to the ultimately winning Corvette. The gap at the finish line was less than 2 seconds.

With four podiums places from two races, Porsche sits at the top of the manufacturer’s championship and gives the #BamThor pairing the definitive lead of the driver’s championship. With an uncertain remainder to the IMSA season, every single point gained could make the difference this year. We have no idea if the season will finish out as expected. At this point it’s all still up in the air. 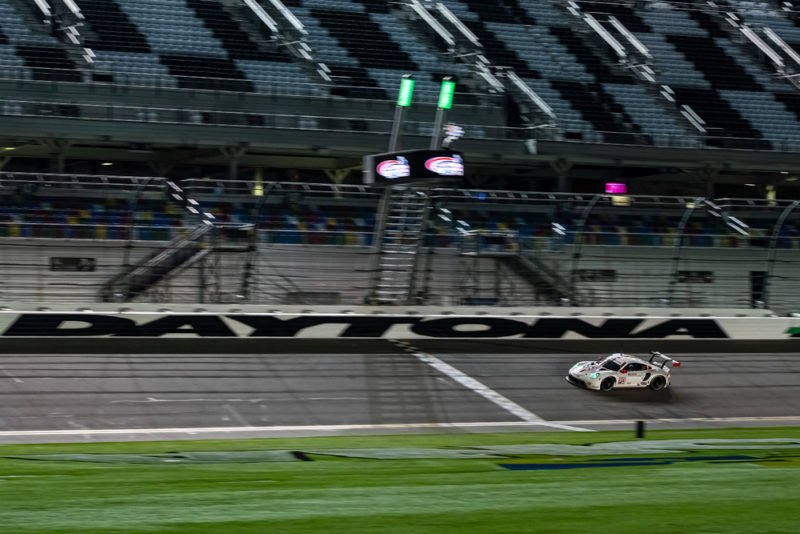 Steffen Höllwarth (Head of Operations IMSA Championship): “Congratulations to our colleagues at Corvette on their 100th victory in the IMSA series. Unfortunately, we weren’t quite there today. It became apparent after qualifying that we would not have the fastest car in the race. That’s why we took the risk at the start with the number 911 car, but it didn’t pay off. With the sister car, we wanted to stay out of trouble. That worked out very well. The consistent pace was top rate, the drive was flawless and the pit stops were extremely fast. We pulled out all stops today. We’re satisfied with positions two and three.”

Nick Tandy (Porsche 911 RSR #911): “We very deliberately opted for a strategy that was different from all other competitors. In retrospect, it was the wrong choice. The track needed to stay wet for two or three more laps. Then it would’ve worked because we could have built up a decent lead. Still, we made the best out of it. Once again, both Porsche 911 RSR finished on the podium. You can’t really complain about that.”

Earl Bamber (Porsche 911 RSR #912): “Our Porsche 911 RSR was again very good, but it certainly wasn’t the fastest car in the tough competition of the GTLM class today. We made the most of our chances and earned plenty of points. Second place has even put us at the top of the drivers’ championship – perfect! Many thanks to Porsche, IMSA and everyone else involved for finally making real racing possible again. We’ll be back to fight again in two weeks. I’m looking forward to it.” 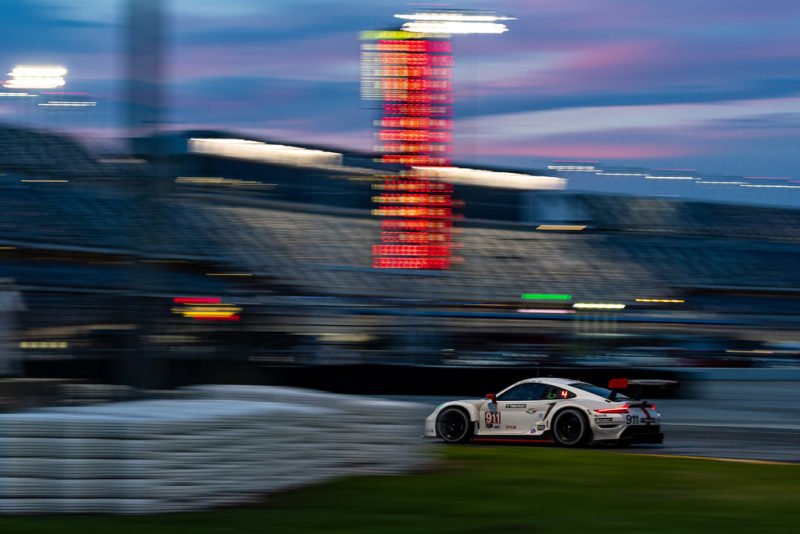 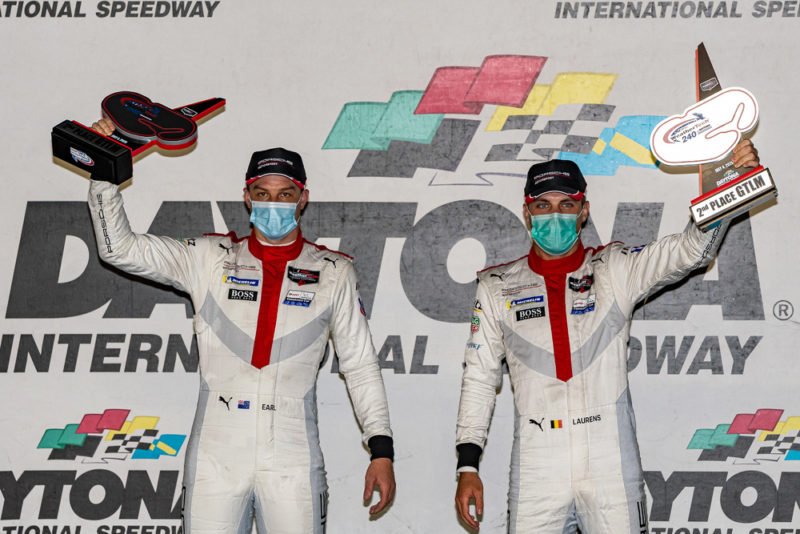