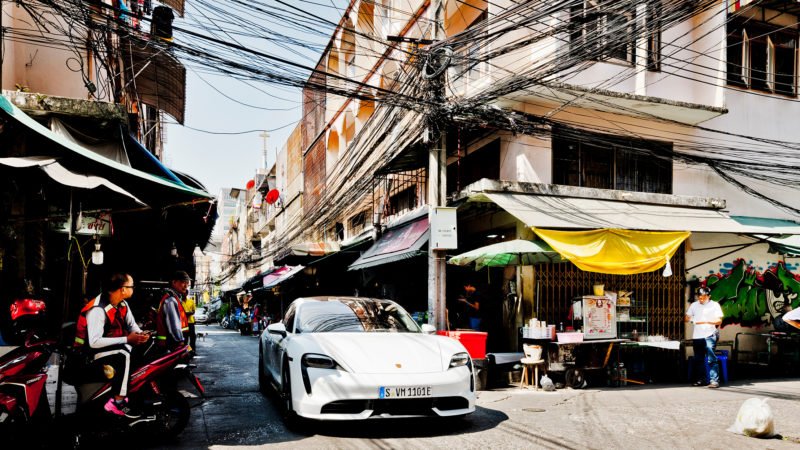 Whether negotiating the sinuous ribbons of surprisingly smooth tarmac in the highlands or cruising the beach-hugging roads in the south, Thailand’s varied landscape offer just about everything an experienced road tripper seeks.

The northern highlands provide drivers relentless curves to busy themselves with.

These were the picturesque strips of asphalt enjoyed by Porschephile and publisher of Curves, Stegan Bogner. “During production of the magazine, we moved our lives to Thailand for several weeks and drove 4,700 miles – a good 3,000 of them on roads that were unbelievably intense and emotional, full of surprises and our favorite thing in the world – curves,” says Bogner.

The man had already been to Thailand before. Last year, he joined forces with one of the biggest Porsche groups in Thailand: Das Treffen. The appreciation for the German language and no-nonsense name, meaning “The Gathering,” conveys so much of what this organization is about.

“Das Treffen is a force of nature, both global and regional at the same time, a melting pot of the most diverse car stories and biographies, a moving reminder of the binding, equalizing, democratic effect of the Porsche brand. And a festival of friendship. It is exactly the same as the idea behind Curves,” explains Bogner. 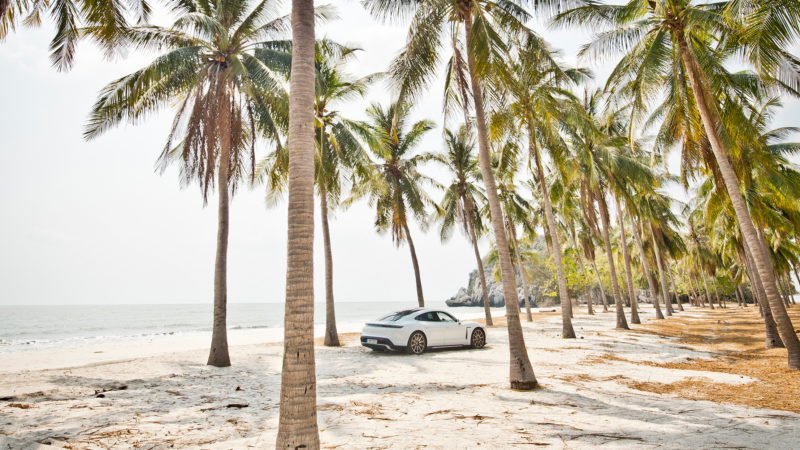 The white beaches of the south are only one scene from the diverse Thai landscape.

After venturing through hundreds of miles of winding mountain roads in the north, it was clear where Bogner would shoot his next issue of Curves. Upon returning, he sought out a special vehicle for the long haul—one which would allow Bogner and his crew to experience the wilderness without stress or discomfort.

Perhaps over a long haul, the best way to enjoy the stunning scenery is with the plush ride and complete protection from the elements which the Taycan Turbo S offers. When the cabin is as quiet and insulated as the Taycan’s, the trip through the occasionally remote, often mesmerizing, and always stimulating landscape never drains the travelers.

To read more about this amazing journey, you can order an issue of Curves 12: Thailand here.